We have a confession to make – last month we skipped school! While many schools were participating in the YST National Sport Week, we decided to head to Norway. We have been following the research of Professor Geir K Resaland for over a year now and have been intrigued by fellow ‘Move & Learners’, ASK. Ever curious, we set out to find out what makes Norwegians tick.

We knew that Norwegian schools had just finished for the academic year. Even so, four of the Tagtiv8 team decided to sign up for the Midnight Sun Marathon series. Flights to Tromso – via Sandjeford – were booked and we headed off to the Arctic Circle. Our initial impression was ‘WOW!’ followed by a series of further ‘WOWS! over the course of the week. Why? Here are just a few reasons:

The only negative WOW was the cost of everything – “How much!?” was often more exclamation than question.

While there, we kept on wishing we could live there and questioning why things couldn’t be like this in the UK, especially in relation to education and health. 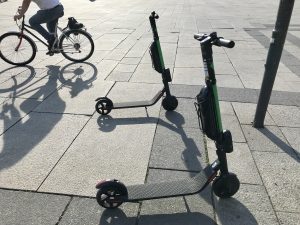 However, on returning to the UK, our post-holiday blues dissipated quickly – courtesy of schools in Bradford and further up the Aire Valley in Keighley. First up – Green Lane Primary School in Manningham. We had met Executive Head, Kevin Holland, at the PAL Conference at Leeds Beckett University last month so we had an idea about his vision. However, the guided tour really was an eye-opener. Check out the school website to get a flavour of what they provide for their children:

When we say everywhere, just check out the images of the children on the wonderful Maybe Sailing website! 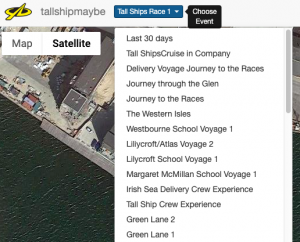 Kevin is certainly different to many school leaders – a true maverick. He wants children to experience activities that develop life-long skills and attitudes. Rather than your traditional team sports, Kevin is keen to promote hiking, climbing, biking and sailing. Maybe he has Norwegian blood in him and his city should be rebranded as Bradfjord?

Next up was a visit to Merlin Top Academy in Keighley, where we were given the opportunity to catch up with Head Teacher, Lesley Heathcote. We have known Lesley from her time as a school leader in the ‘My BD5’ cluster. The legacy of working with Mick Waters is there for all to see in their i-Challenge approaches and passport scheme. Echoes of this blog post for sure. Great to see Team Building at School making a real difference here too.

Take time to follow the links and hopefully you will see that anything is possible – as long as there is genuine investment in education in its widest sense. Thank you Kevin and Lesley for reminding us that it’s about the faces, as well as the places and spaces. Bradfjord – Norwegian for Bradford!