It’s all well and good having the stories and anecdotes. However, people want the facts and data. Real research is needed – not just a case study.

“I didn’t know he could do that. He’s never done that in a maths lesson…he’s never shown that in his maths book.”

The words of a teacher from Durham, with whom we were co-delivering our prototype active learning programme. Teachers in schools around the UK have subsequently echoed similar phrases during our Active Learning Days.

“We know that something magical happens when teachers take their children outdoors to play with numbers – when their Moderate to Vigorous Physical Activity (MVPA) kicks in. The extra blood flow, oxygen and glucose to the brain improves learning abilities.”

With this in mind, we approached Andy Daly-Smith and fellow researchers at Leeds Beckett University to test out the active learning approach. We wanted to assess whether the anecdotal evidence was true. The aim was to evaluate the impact of Tagtiv8 maths lessons on both physical activity and maths performance.

“Lesson times are the most inactive times in a child’s life.”

Children in KS1 and KS2 from a primary school in Leeds were baseline tested before being randomly allocated to groups; taking part in either a seated classroom lesson or a Tagitv8 active learning lesson. 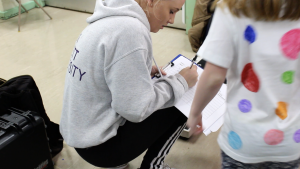 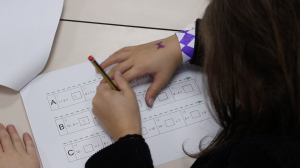 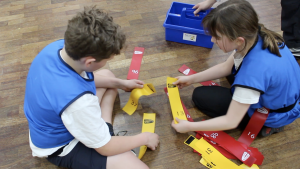 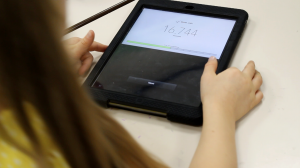 Commenting on the results of the tests, Andy Daly-Smith said: “The results showed that pupils who took part in the Tagtiv8 lesson achieved over nine minutes more MVPA compared to the traditional classroom lesson. They spent 15 minutes less in sedentary time.” 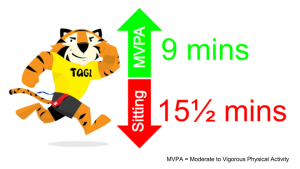 “When it came to assessing whether active learning led to better academic outcomes we saw promising results. Overall, there were small improvements for pupils who learnt in an active way. Further, those pupils who were most active in the Tagtiv8 lessons seemed to have the greatest benefits. This suggests activity may play a key role in enhancing learning. Additionally, lower ability children, who took part in the Tagtiv8 lesson maintained their academic performance whereas pupils in the traditional classroom lesson decreased.”

The challenge now is to get the active learning message and evidence out there – to the decision-makers and practitioners in both education and health. Schools are incredibly busy places with time and money in short supply. Like the Head Teacher in the video, once school leaders see the games in-situ with their learners, ‘they get it’. They realise that core subjects do not need to be taught or learned while sitting down. This will help the Chief Medical Officer for England realise her aim of getting all children and young people sitting less and moving more – by engaging in MVPA for at least 60 minutes every day.

As regards further research, Andy Daly-Smith commented: “We would now like to seek funding to assess the impact of the Tagtiv8 active learning programme over a school year. It would be great to see if small improvements accumulated over time could lead to substantial improvements in the longer term, especially for those who are most in need.”

To find out more about the research, the key findings and video visit the Leeds Beckett University website. The full report can be accessed here.  Click here to view the feature that appeared on various regions of ITV News.