Following on from our previous blog post, ‘Le Tour Yorkshire: Get on Yer Velos’ our team of Tagtiv8 taggers ventured to both Pool and Harrogate on Day 1 of le Grand Depart. The event surpassed all expectations and we would like to thank those who tolerated or embraced our Active Learning campaign. 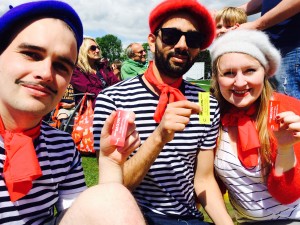 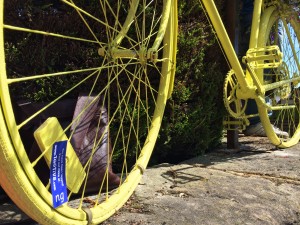 On the Tuesday of that week we headed along Holme Valley, which hosted Day 2 of le Grand Depart in order to deliver Tagtiv8 sessions to the Year5/6 Learners at Wooldale Junior School.

Wooldale Junior School really is something special, one of those places that has a certain aura, especially with its passion and commitment to outdoor learning and creativity.

There were many, many positives to be taken away from the day, but what struck us was the equality between the girls and boys. Quite often, by upper Key Stage 2, gender differences come into play in PE. However, in the case of the Wooldale Learners, they worked really well together.

A week later, we found exactly the same gender balance again, this time at at Addingham Primary School, who hosted the 2014 Wharfe Valley Tag Rugby Festival, which we had the privilege of sponsoring.

A few of the boys had their initial misconceptions removed as early as the first round of matches, as some of the girls demonstrated their abilities. To view a clip of the action, click here. 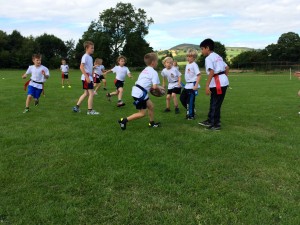 The festival was organised extremely well by the Health Mentors from Evolve SI. The seven teams involved demonstrated skill, enthusiasm and a good sense of fair play. They really were great ambassadors for their schools. Thanks to the staff and parents of Addingham PS, Ben Rhydding PS, Menston PS, Eastburn PS, Burley Woodhead PS and Hothfield JS for their support. 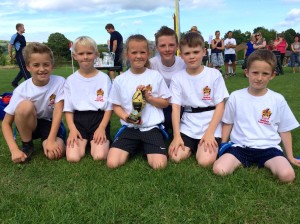 Congratulations to the eventual winners,  Hothfield Junior School. We look forward to seeing the trophy on display when we deliver a Tagtiv8 session at your school next term. Meanwhile, enjoy your summer holidays, much deserved for sure.